Today I decided it was time to build a homemade silent airgun or airgun pellet trap.

First consideration was to keep the price low on materials and so I used some left over 2×6 and 2×12 boards I had kicking around. It needed to be simple but robust construction, easy to make and it must be safe.

I have two air rifles, one is a QB79 .177 cal Chinese made airgun that I bought from Mike Mellick of Flying Dragon Air Rifles. It’s fairly powerful. The second airgun is an RWS 350 Magnum Feuerkraft Compact Pro in .22 cal. This gun is an absolute beast and will fling a pellet through 5/8″ and thicker plywood.

And so I decided to back the pellet trap with a layer of clay like duct seal with a back up 1 3/4″ redwood board. Duct Seal is available in the Electrical Department in Home Depot or Lowes in 1 pound packages. I used Gardner Bender Duct Seal and it cost about $2.00 each. I see the price has gone up.

So I built the trap and added a layer of duct seal. Took the QB79 and shot it from about ten feet away and the pellet went almost all the way through. Yipes! Added a second layer of duct seal and decided that should be okay. Of course I’ve yet to try the RWS. That will come later. What is really cool about using duct seal is that you end up with a virtually silent pellet trap. There’s no clang or thwack. In fact I can’t hear an impact over the sound of the QB79.

At this point the trap weighs 23 pounds. Need to outfit it with a handle. It is a beast to carry around.

I will install a heavy duty picture frame hanging bracket to make it easy to hang on the wall of my shop, and for longer 40′ distances on the wall of the adjoining apartment. 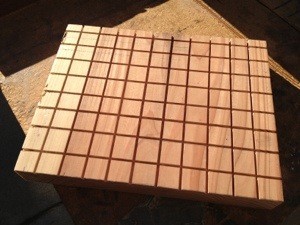 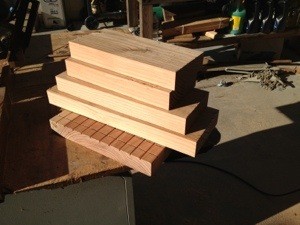 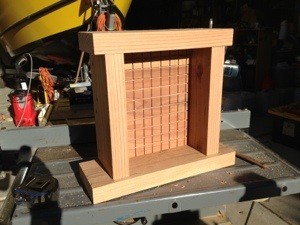 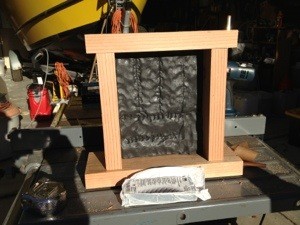 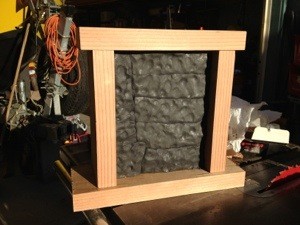 Up next is the picture hanging bracket and then some device or clamp for targets. The point being of this whole project is to practice shooting in or out of doors with a silent and safe pellet trap.